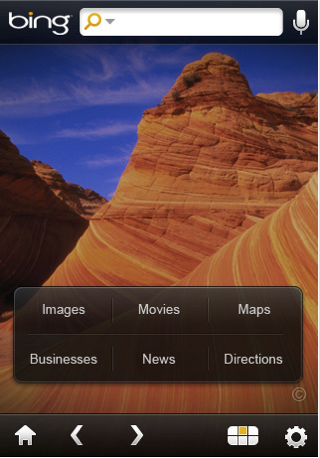 Rumour has it Apple is in the early stages of talks with Microsoft about getting Bing onto the iPhone as the default search engine, replacing Google. It’s hard not to revel in the sheer irony of a such a close potential partnership, but considering Google poses a significant threat to both companies on a number of fronts (web services, search, handsets, etc.), it’s no surprise that Microsoft and Apple would band together against a common competitor. Bing itself (not to mention its iPhone app) is still relatively new, but has generally met a positive response as a viable alternative to Google, and no doubt some prime placement on the iPhone would help them grow significantly. Apple doesn’t have any plans to enter into the search engine market any time soon, but the mobile web is certainly a selling point for the iPhone – who they partner with for search will significantly impact the end-user experience. Considering how many Google services were littered with mentions of the Nexus One after launch, it’s hard to blame Apple for shopping around. It will be interesting to see if these preliminary, tenuous negotiations actually lead anywhere.

At a Mexican Bold launch, this picture of RIM’s work-in-progress Twitter client for BlackBerry slipped out. We’ve been hearing about...