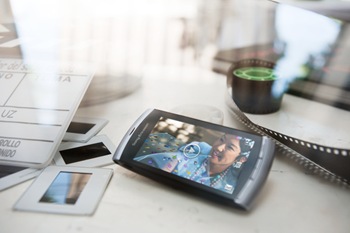 Over the last couple of weeks, we’ve been keeping tabs on Sony Ericsson’s Kurara, which has promised to be a reasonably impressive Symbian device with an 8 megapixel camera and 3.2” WVGA touchscreen. Little had been said about an official launch before today, but a press release has been issued and quickly retracted, possibly a slip-up in preparation for the Mobile World Congress next month. Clearly, Sony Ericsson isn’t abandoning Symbian in favour of their ostensibly sexier Android pursuits, especially if the Vivaz is taken into account with their developer strategy for both mobile operating systems. Apparently, Vivaz will be coming to “select markets” (read: Asia and Europe) sometime this quarter at a rumoured price point of $670 – $750. I wonder what’s going on with that slider variant and if we’ll see it around MWC next month as well… I guess we’ll find out soon enough, eh?