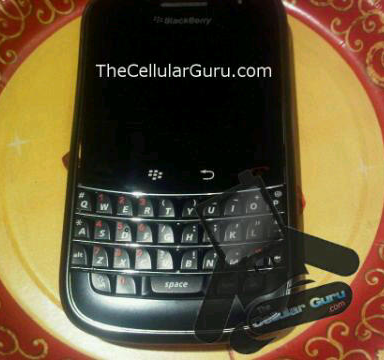 Word has been spreading about RIM’s touchscreen/QWERTY device code-named Magnum (or, more recently, Dakota) for some time, with little other than whispers to corroborate the information. This image of the rumoured BlackBerry has popped up on twitter, and looks just about exactly as you’d expect – Bold stylings, minus any sign of a trackpad or trackball. Kevin asserts that this is a preproduction model and the final product will likely vary significantly, but this picture at least solidifies that the BlackBerry Magnum project is still alive and well. RIM is likely to implement their SurePress clicking touchscreen again, which, through some growing pains, has improved over its iterations on the Storm series. Despite the progress made on the technology, many end-users have trouble buying into the concept, but with any luck, the inclusion of a proper physical keypad will provide hardened BlackBerry fans the typing efficiency they so often demand. There’s another pic here if you’re really hurting for more eye candy.

UPDATE: Got a few more pics for y’all.