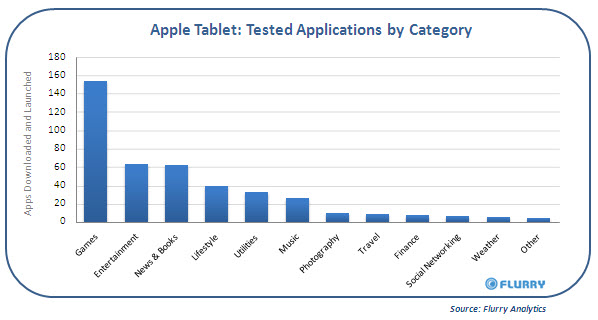 New evidence has apparently come to light that makes it all the more likely that Apple will finally unveil their tablet device later this week. Mobile analytics firm Flurry has apparently been tracking something like 50 mystery devices that match the characteristics of what is believed to be the Apple Tablet. The mystery devices were spotted testing approximately 200 different iPhone apps using an unreleased version of the iPhone OS (of course). And, to add even more fuel to the tablet rumor fires, Flurry says that they can “reliably” geo-place the devices within Apple’s Cupertino headquarters.

The data shows that the 50, or so, mystery devices coming from Apple headquarters in California are running the iPhone OS 3.2. The latest iPhone OS available to iPhone users is 3.1.2. That means the devices in question are either next-generation iPhones or the fabled Apple Tablets. The thinking over at Flurry is that these devices are more likely tablet devices, given the way they electronically identified themselves and it’s relatively minor iPhone OS version update – Apple usually releases major iPhone OS updates alongside new iPhone hardware announcements in the middle of the year.

MOTOSPLIT to Rock Snapdragon, Android, and Coming to AT&T?

Some slightly questionable renderings of a new Motorola handset dubbed motosplit have come to light, bearing a fresh (although not...