Apple’s uncanny ability to hype a product, while convincing you to free yourself of rational thought and act on emotion alone, has the tech world buzzing about the new Apple iPad tablet. Whether or not you find yourself almost magically enamored with the iPad’s sleek design, gorgeous 10-inch multi-touch screen, and affordable price tag, there’s no denying that Apple put a lot of work into their first tablet. But, just what does it all mean for the next-generation of iPhones expected to hit market later this year?

Improved display. Apple’s next-gen iPhone definitely won’t feature a multi-touch display anywhere close in size to the iPad, but it might borrow some of the iPad’s display technology. The iPad uses an IPS-based display that allows for a greater range of viewing angles. It also boasts an LED backlight that lights up the screen brighter than traditional backlights, while sipping less power than a traditional backlight.

The iPhone 4G might very well make use of the iPad’s display technologies. At this point, it’s almost a given that Apple will either up the screen size or the resolution – or both. It would be good to see the upcoming iPhone sporting a larger, higher-res display that takes cues from the iPad.

Custom processor. One of today’s biggest surprises was that the 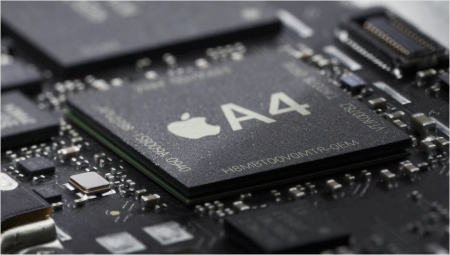 Apple iPad is powered by Apple’s own A4 processor. Rather than rely on processor designs that they have to pay to use, Apple is apparently making good use of their PA Semi acquisition and already putting chip designs into production hardware. The iPad’s A4 processor clocks in at 1Ghz and will hum along for a claimed 10 hours of battery time.

That has big implications for the next iPhone. The current iPhone 3GS uses a fairly speedy ARM Cortex A8 processor, manufactured by Samsung. It works great, but every time Apple ships an iPhone 3GS, they have to dole out royalties for using the ARM processor design – royalty fees that ARM Holdings PLC recently increased. Apple would rather design their own chips and outsource chip production to save on those royalties – which is why Apple purchased chip design firm PA Semi some time ago.

So, with their first custom chip design ready to go in the iPad, it’s not too far a stretch of the imagination to see the iPhone 4G powered by the new Apple chip. In fact, the 1Ghz clock speed would do well in the new iPhone – other high-end smartphones are already making use of 1Ghz processors, by the way.

[Update]
There’s now talk of the custom Apple A4 processor actually being based on the ARM Cortex A9 core. Apple owns a special ARM license that allows them to take ARM’s chip designs and customize them for their own needs, and rumors are now suggesting that Apple merely used its PA Semi team to customize the ARM Cortex A9 design for their own needs.

iPhone accessories. When we saw Steve Jobs showing off the Apple iPad’s optional keyboard dock, the first though to 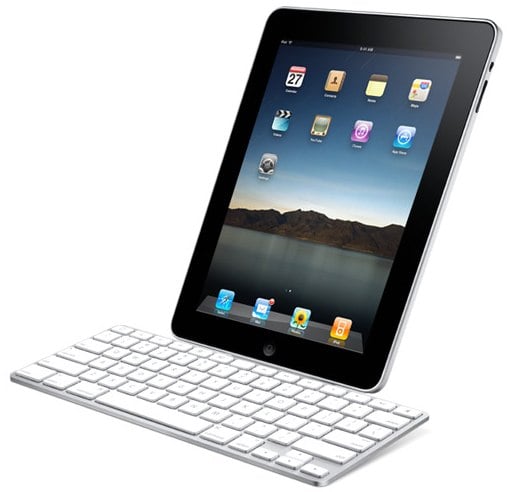 cross our collective minds was – where the hell is the iPhone’s keyboard dock? The Apple iPad’s large touchscreen might make for a more accurate touch-typing experience, but there’s no replacement for a hard keyboard when tapping out lengthy emails and blog posts. That’s where the keyboard dock comes in. It connects through the iPad’s dock connector, and turns the iPad into a virtual desktop.

So, where the hell is the iPhone’s keyboard dock? That’s a good question. We’ve been asking that for years. Now that Apple has finally admitted to itself that tap-typing, while fast and usually more than adequate, isn’t going to cut it for longer compositions, there’s a good chance we’ll see an Apple-certified keyboard dock for the iPhone in the coming months. Now that would be nice.

Now, speaking of iPad. We all know it’s a badass device. It’s really pretty. It makes you really want to buy one. But, setting aside emotions for a bit, do you really think you need one? Will you be buying one in the next couple months?

[Update]
Clarification about the custom nature of the A4 processor.

Motorola Zeppelin to Show up at Mobile World Congress?

Motorola’s next Android, code-named Zeppelin, may be unveiled at the Mobile World Congress next month in Barcelona. The Zeppelin package...