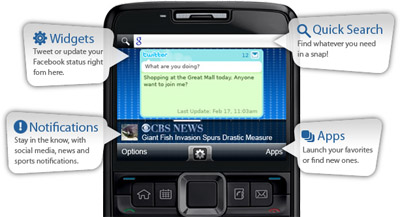 A company called HipLogic has launched an interesting app for Symbian and Windows Mobile. It’s called HipLogic Live and its made to “enhance standard UI” by delivering popular content and services such as Facebook, Twitter, CBS news, CBS sports, weather, and entertainment through a web-connected interface.

Here are the key features:

All in all it’s a cool app, but it’s not that easy to explain what it does. Hence we have a demo video to show you, which follows after the jump.

Interested? Hop over to hiplogic.com or m.hiplogic.com from your WinMo/Symbian smartphone and grab the app for free.

Apple opens gates to VoIP on 3G – Free voice calls for everyone!

Free voice calls, that is, as long as you have an iPhone 3G and a VoIP app that lets you...