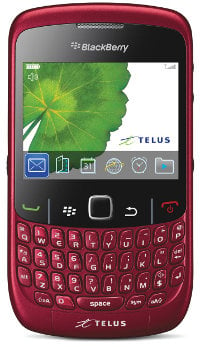 It wasn’t long ago that TELUS released the BlackBerry Curve 8530. Introductory pricing on the latest iteration of the Curve was set at $49.99 on a 3-year contract. Not bad, but once again it looks like early adopters got burned… to the tune of $25. Yessir, the TELUS BlackBerry Curve 8530 is now available for $24.99 on the same 3-year term.

If you’ve been considering the Curve 8530, $25 for such a device is an almost unbeatable deal… that is, if you’re OK with paying those darn voice and data bills month after month for 3 years 🙂

The TELUS Curve 8530 is available in both Silver and Red, and features a full QWERTY keyboard, trackpad navigation, WiFi, 2MP camera, microSD expansion to 16GB and much more.

Get all the details over at TELUS.

The Motorola Milestone, aka DROID has been a tightly guarded secret in Canada. With knowledge that the Milestone will indeed...