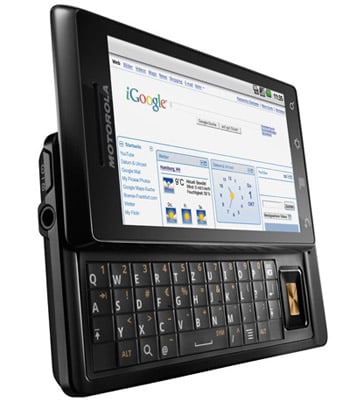 According to Digitimes Research, Motorola is likely to unseat HTC as the world’s top vendor of Android-powered handsets this year. Apparently, Moto’s shipments of Android phones will account for a 34.7% share of the segment compared to HTC’s 31.9%.

HTC ended last year with six million Android phones shipped, making the company the number one vendor with a 64.5% share of the segment. However, Motorola was able to move 2 million Droid/Milestone unites — or 25% of global Android phone sales — in less than three months. And since the Droid introduction, the American company has also released other Android models with plans to launch a total of 30 Android phones in 2010. Digitimes believes this strategy could help MOTO eventually ship a total of 12.5-15.6 million units by the end of the year. At the same time, total sales of Android smartphones are expected to reach 35-36 million units…

We’re certainly happy to see Motorola getting back to the game and are looking forward to check their latest products at the Mobile World Congress in Barcelona.

Pyramid Research: There will be more than 450 million mobile social networking users in Europe by 2014

A new report by Pyramid Research suggests that the number of mobile social networking users in Europe is expected to...