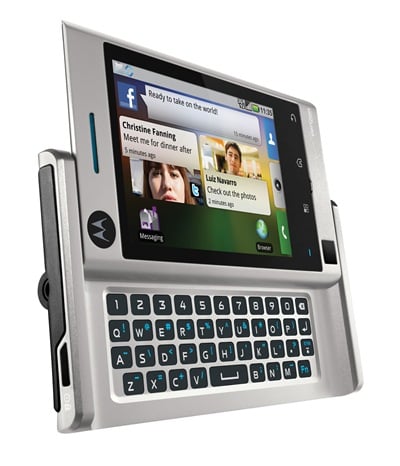 As it turns out, yesterday’s promo kit leak was the last in a long line of hints leading up to today’s launch of the Motorola devour (A.K.A. Calgary) on Verizon. Yet another Motorola Android slider, the devour is what you might call a more modest version of the droid: 3.1” 320 x 240 touch display, 3 megapixel camera, Wi-Fi, GPS, 3G, and an optical trackpad. What sets the devour apart from the droid, however, is Motorola’s custom user interface and service, and is the first (of likely many) to bring motoblur to Verizon. It’s easy to boil motoblur down to a collection of social networking home screen widgets, but it also includes remote backup managed through a desktop browser, native address book syncing with twitter, Facebook, and MySpace, and a unified inbox, including updates from all of those networks. If you passed on the droid and are looking for something cheaper, but still reasonably sexy, the Motorola devour will be publicly available in Verizon stores this March.

2D barcode company JAGTAG had a major announcement - it now works instantly on every camera phone in the United...