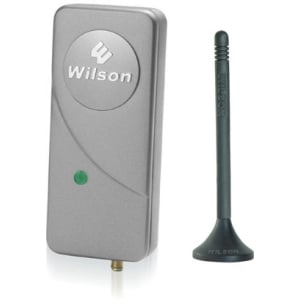 If you live in a not-quite-dead zone but suffer from weak enough cellular signals to justify the use of a cell signal booster, you might be interested in what the FCC has to say about cell boosters. The Federal Communications Commission is mulling a possible ban/restriction on cellular network boosters that are used to amplify wireless cellular signal, and is looking for public comment on the possibility. At issue here is the CTIA’s (the wireless industry’s cheerleaders) concern that improperly designed cell boosters can interfere with wireless carriers’ cellular networks in some cases. To that end, the FCC is investigating whether or not some sort of restriction is necessary, and is seeking public comment on the matter.

The CTIA says that the use of signal boosters, which extend and amplify cellular signals, have the potential to harm wireless network performance. Interference from signal oscillation and cell-site overloads are apparently bad enough to reduce a cell tower’s capacity or take it down altogether. It’s a serious problem that deserves a serious investigation. But, does that mean all cell signal boosters be banned?

Well, according to the leading cell booster maker, Wilson Electronics, the FCC would do well to adopt new standards for approving and certifying cell boosters, rather than ban the devices altogether. Wilson says that “well-designed and -engineered signal boosters actually benefit not only wireless customers but the carriers as well” because no wireless network can push strong signals to every corner of the US and properly designed cell boosters help to fill in those gaps in coverage without detriment to wireless networks.

It’s not just about carriers preserving network integrity either. The point is that carriers can co-exist with cell boosters, as long as they are properly designed. According to Joe Banos, Wilson COO, “We strongly believe that raising the FCC certification approval standards for cell signal boosters would protect performance of cell towers and prevent service disruptions that can be caused by some unsophisticated cell phone signal boosters in service today.”

Wilson proposes that the FCC adopt standards that would require all signal boosters to meet the following certifications:

It seems that a few bad seeds in the cell booster game have sullied the image of more reputable booster-makers. Wilson Sales Director Walt Brooks recently told IntoMobile that many other cell boosters amplify only incoming signals, which often causes a cellphone to dial-down its outgoing radio transmissions, which in turn leads to degraded cellular performance. That hurts the consumer as much as the carrier. If you’d like to leave a comment, you have until Feb. 5.

AppFund plans to fund iPad apps up to $500k

The iPad apparently isn't about revolutionizing computing, it's all about allowing new apps to revolutionize they way we use the...