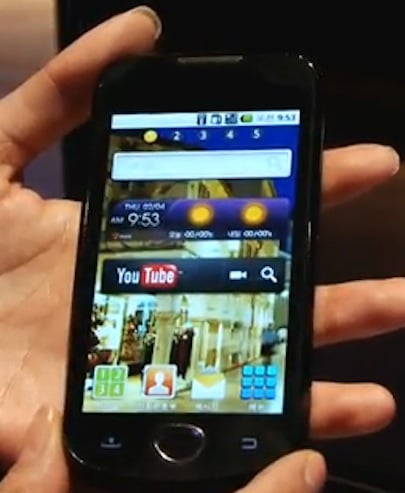 Say what you will about TouchWiz, but no amount of complaining about its awkward and confusing user interface will keep Samsung from continuing to feature TouchWiz in their latest smartphones – the new Samsung M100S, for example. Samsung just unveiled their Samsung M100S as their first Android smartphone to run Android OS 2.1. Like it’s brother-from-the-same-mother Behold II, the Samsung M100s sports an eye-catching AMOLED capacitive touchscreen, 5-megapixel camera with flash, GPS, WiFi, Bluetooth, and a 3.5mm headphone jack. Unlike the Behold II, though, the M100S is a South Korea-only model that bumps screen size up to an expansive 3.7-inches and stuffs a DTV receiver into its slim body. 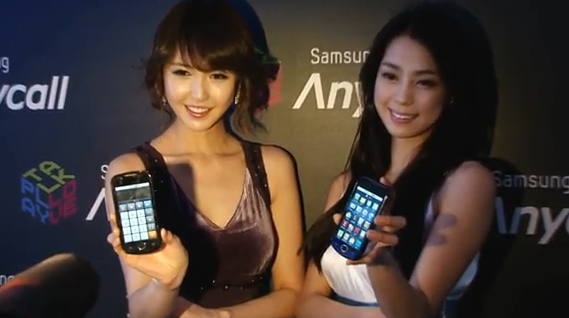 Going back to the whole TouchWiz argument for a moment, Samsung has apparently made some tweaks and changes to the version of TouchWiz used on the M100S. The TouchWiz UI on the Behold 2 has been criticized far and wide for its confusing, unintuitive interface. Rather than mount the Android app drawer on the left side of the screen, Samsung moved it to the bottom and revised the way apps sit on the homescreen. The left-mounted app drawer has been a major sticking point on the Behold II, so it’s good to see Samsung making these changes.

Still, we’ll have to wait and see if Samsung can refine TouchWiz to the point where we don’t all automatically cringe at the thought of using it on the daily. The M100S is slated to hit South Korea’s SK Telecom in March.

Head over to Samsung Release for more pics.

The frustration for folks in Manitoba and Saskatchewan continues. With the Motorola Milestone launching on TELUS 'real soon', many nationwide...