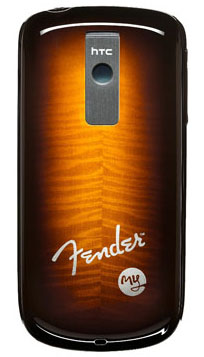 If there was any doubt surrounding the popularity of the myTouch 3G Fender LE, doubt be gone. T-Mobile has burned through their initial shipment, that’s right, they’ve sold out of 17,250 devices thus far. Not bad considering the release was roughly three weeks ago. If you’re hoping to get your hands on one, better start looking on Craigslist or eBay, the next round of Fender LE’s isn’t scheduled to hit T-Mobile until April.

Why is it so popular? Could’ve been the whiskey, might’ve been the gin. Could’ve been the three or four six-packs, I don’t know, but look at that sweet guitar finish on the back of the T-Mobile myTouch 3G Fender LE. I think that’s got to be the reason for the Fender LE’s success thus far. (Thank you Irish Rovers 🙂 )

After China, Italy is getting the Motorola's Android-powered BackFlip, which as you may recall was announced during this year's CES...