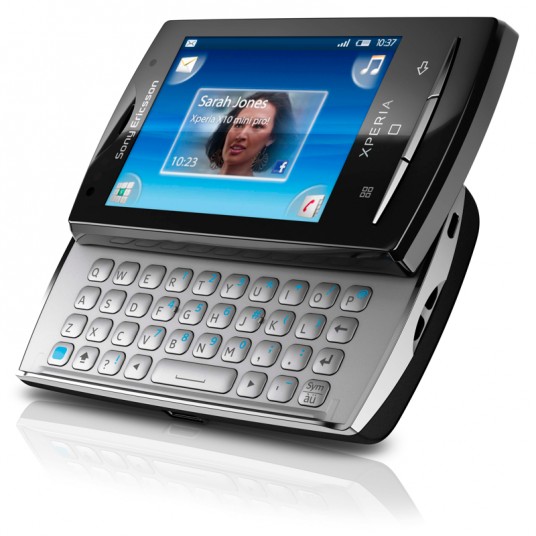 The original Xperia X10 in all it’s Android glory has yet to launch, and it’s family has already been officially announced today at a conference held at Mobile World Congress. The X10 Mini and X10 Mini Pro are significantly smaller than their predecessor. Both devices sport a 2.5-inch  (320 x 240) QVGA displays, GPS, WiFi, Android OS 1.6, 5-megapixel cameras (with flash and geo-tagging), and of course, Sony Ericsson’s custom user interface, Timescape.

The main differentiator between the two Mini’s is that the Mini Pro comes with a slide out QWERTY keyboard, which looks relatively spacious for such a small size.  Both devices will come in multiple colors and will be available in the second quarter of the year. No pricing or carriers have been announced yet, but when looking at the specs of the devices you can clearly see that the X10 Mini Pro supports the 850 and 1900 MHz band for HSPA, which may be a sign that it could be on it’s way to AT&T. Let’s hope at least one of these comes Stateside. 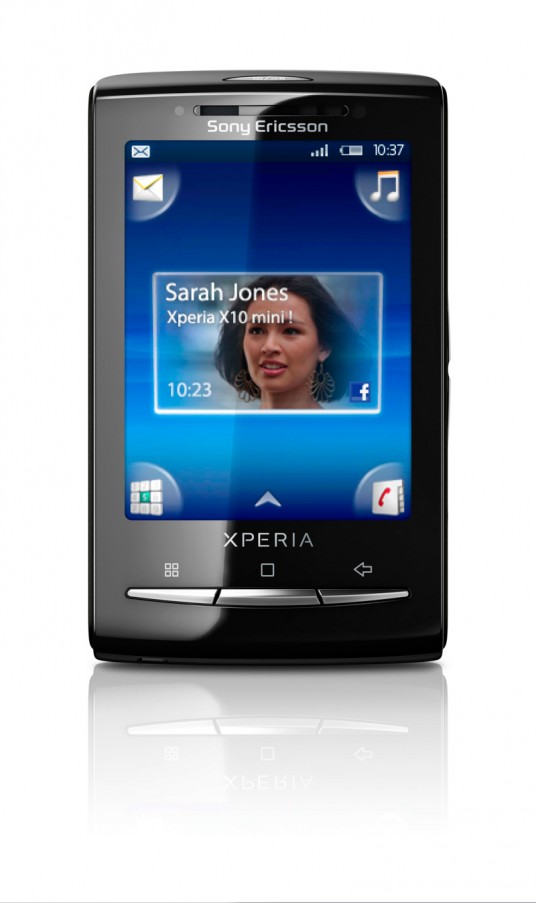 And, not to go too heavy on the Android side, Sony Ericsson also announced the Vivaz Pro, which adds a full QWERTY keyboard to the original Vivaz that was announced last month. The Vivaz Pro offers some impressive specs – 3.2-inch screen, HD video recording, GPS, WiFi, 3.5mm headphone jack –  and the slide-out QWERTY keyboard looks fairly comfortable. Unfortunately, SE took the original’s 8-megapixel camera, and shaved it down to 5.1-megapixels. That shouldn’t make someone want to stray from the S60 device,  the pro version comes with a VGA port, which you will find not on the original, so you can show off your amateur  photography and video on your TV.  As with previous Sony Ericsson announcements, they were nice enough to add a video spot showing off the features of the device in ways you will probably never use it! Enjoy!

Expect to see this bad boy out in the second quarter as well.

In addition to the Bada phone (Wave), two Monte models and the super-powerful I8520 - we've found two more devices...