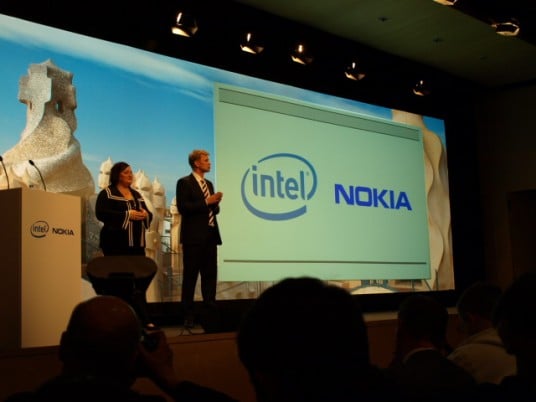 Sitting at the press conference, it’s about to start, we all got USB keys with the press releases, here is a ZIP file with everything we were given. I’ll be updating this post.

They’re still seating everyone, we’re already 11 minutes late. It’s a packed house. There was a super long queue, but of course we cut the line. That’s how IntoMobile rolls. 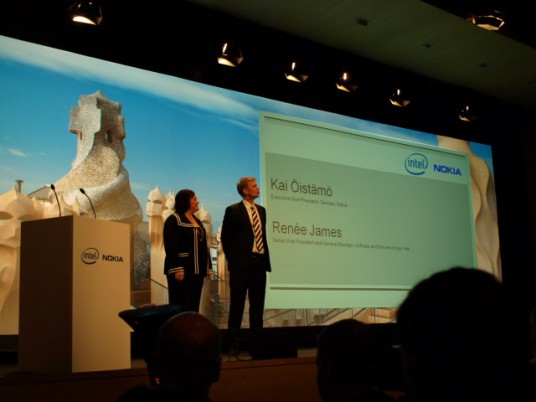 11:47am:
MeeGo isn’t just for mobile phones, it’s for televisions, cars, netbooks, literally anything with a processor inside. This is definitely a kick in the pants for Android. 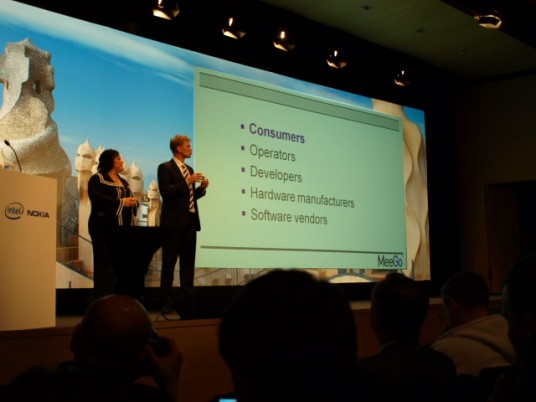 11:48am:
There will a be a set of tools offered, Qt powered, used for development.

Nokia MeeGo devices will use Nokia’s Ovi Store to get applications. For other people building applications for Meego, they’ll be using the Intel App Center. Fragmentation much? 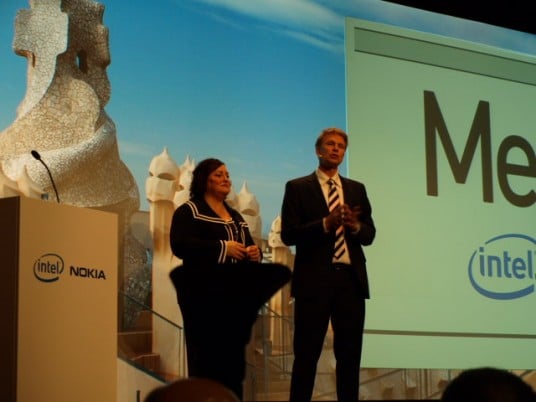 11:54am:
The next release of Maemo will be 100% compatible with MeeGo. “Going forward, Maemo becomes Meego.” Looks like we’ve just witnessed the death and rebirth of a brand.

Ari Jaaksi, Head of Maemo at Nokia, wrote a blog post talking about Maemo and MeeGo. [Hat tip to @jukkaeklund] 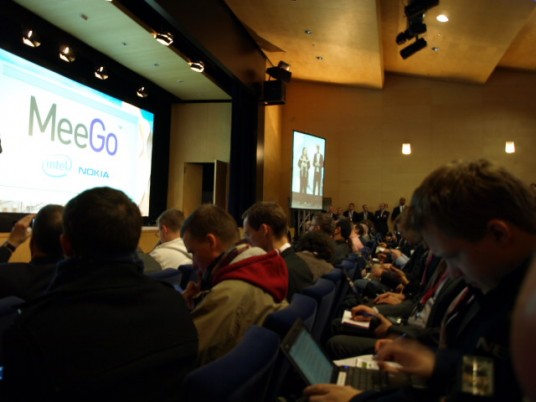 12:00pm:
“We have not decided whether or not the next version of Maemo will be called Maemo 6 or MeeGo something.”

12:05pm:
“Qt is extremely important. It enabled application developers to write applications once, and let them run on not only different devices, but devices with different architectures.” We’ve heard that before from Sun with Java, and Google is pounding that drum, but backing the interwebs.

We just got another press kit! ZIP file here.

It looks like the second press kit has nothing new. We’re thinking of leaving at this point, but we see that none of the other bloggers have left so … may be worth staying?

If you haven't had a chance to check out Sony Ericsson's announcement tonight from Mobile World Congress, they've got three...