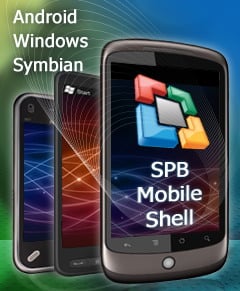 As expected, SPB Software has officially announced SPB Mobile Shell 5.0 for three major smartphone platforms – Symbian, Windows Mobile and Android, with apparent plans to spread to other phones at some point in the future. Here’s what’s new:

And you can get additional information from SPB Software’s website.

Copenhagen, Denmark-based Lumigon is joining the Android party with two phones -- T1 and S1 -- both of which run...