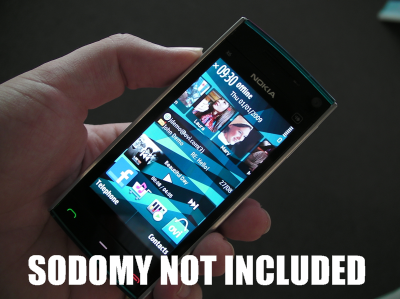 Nokia is going to release the 16GB version of the X6, the version without “Comes with Music”, on February 24th in the United Kingdom. They’re going to be advertising it under a new campaign called “Come Get Entertained”. No word on price, but we’ll find out soon enough.

For those unfamiliar with the Nokia X6, it’s Nokia’s first capactitive touch screen device, comes with 32 GB, but you can only buy it with “Comes with Music” included in the price. There’s a reason I’ve been insulting it so much. Why would you spend an extra 150 EUR for a device just because it comes with a service you’re never going to use? And for the few of you that are going to use Nokia’s Ovi Store, well then good for you, but don’t ruin it for the rest of us who want just a plain vanilla device.

Nokia made the 16 GB X6 official less than a month ago.

Good Technology announced that it is teaming up with Quickoffice, to bundle their popular Quickoffice Mobile Office Suite Viewer and...