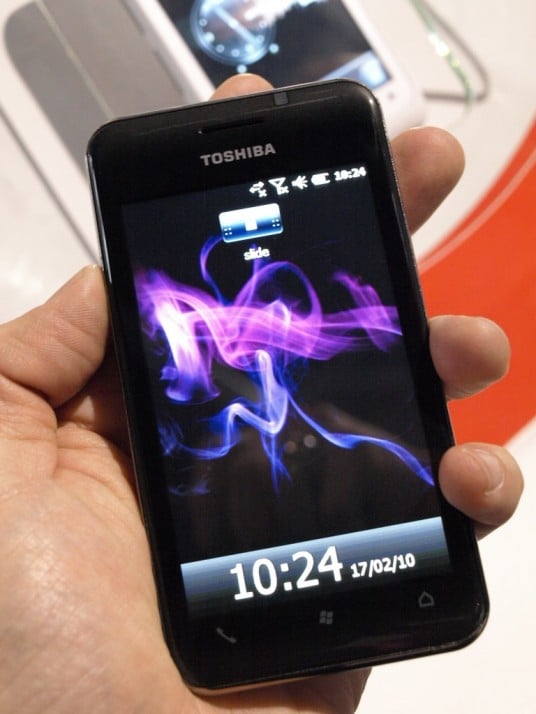 So, you might have heard that Toshiba had two new phones announced for Mobile World Congress: the TG02 and K01, both slim, wide, sexy, Windows Mobile, and powered by a 1 Ghz processor. Both Will and I managed to get some playtime with the devices, and although the K01 slider didn’t have any proper software running on it just yet, the hardware remained impressive.

Just to run down the specs again really quick, the TG02 expands on its successor with Windows Mobile 6.5.3, but 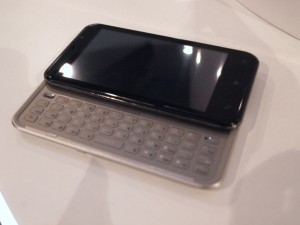 maintains its predecessor’s 4.1” WVGA touch display , 3.2 megapixel camera, and 256 MB of RAM. The K01 is in the same ballpark, only it’s rocking an OLED screen.

When the K01 comes out, it will oust the Motorola Droid as the world’s slimmest slider (12.9 mm vs. 13.7 mm thick), but it really doesn’t have the same degree as mass market appeal that Android has accumulated. Still, between Toshiba’s three high-powered phones, they will easily carve out a niche for themselves among media hogs who demand a big honkin’ screen.

There’s no information on release date, location, or pricing, but considering Toshiba’s been chewing on these phones since last April, I think it’s safe to assume we’ll be seeing both the TG02 and K01 hit at least the European markets by the summer.

HTC's booth at Mobile World Congress 2010 wasn't all that big this year, but it did have one incredibly interesting...