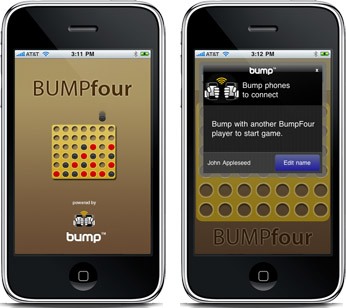 On the heels of opening its iPhone API in a private beta “manner” in December 2009, Bump is expanding the offering to all interested developers. Using the API, iPhone developers are able to transfer data between two nearby iPhones simply by taping devices together.

As part of the private beta launch, Bump held a contest to invite developers to take advantage of the data-transfer feature. Among the winning apps we find:

In addition to the winning apps, there were a half dozen runners-up which also took advantage of Bump’s API, which seemingly provides an instant way for building a community. And it seems developers like the idea, as Bump has issued 300 developer keys so far. Hence, we’re not surprised to learn that in addition to the iPhone API, they are working on the Android version, as well…

AdWhirl brings its advertising mediation solution to the Android platform

AdWhirl, which as you may know is owned by acquired-by-Google AdMob is "going Android." They are launching the completely open-source...