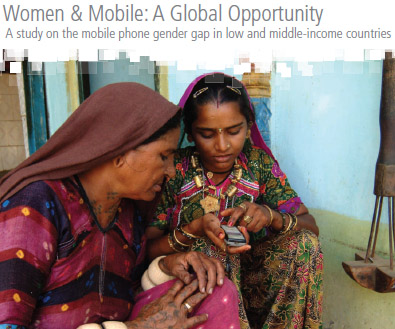 The GSMA and the Cherie Blair Foundation for Women, a charity that supports women entrepreneurs published the “Women and Mobile: A Global Opportunity” report during the Mobile World Congress. It’s the first detailed global study of its kind, attempting to understand the nature of women mobile subscribers in low and middle-income countries such as Kenya and India.

Without further ado, here’s what the key findings show:

And you can grab the full report from here. (PDF)

Augmented reality platform provider Layar is officially opening for producers and publishers of AR content, which can offer their work...