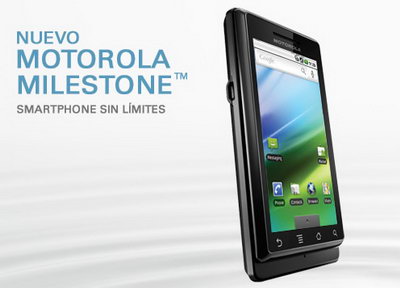 During the Mobile World Congress, Motorola announced the launch of MILESTONE (that’s DROID in the U.S.) in Spain. The device will be available SIM-free starting from the end of March — meaning they still have to find a carrier partner. Pricing was not unveiled, though.

And for the record, the MOTO MILESTONE has been already launched in France, Italy, Germany, UK, Argentina, Brazil and Canada.

Comverse demonstrated what they say is the first social augmented reality app during the Mobile World Congress. The application takes...