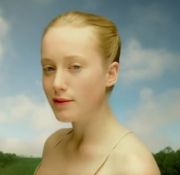 Bad news Palm fans, as the company said it is expecting lower-than-expected revenues for the third quarter due to sluggish sales. While webOS has been well-received by the press, the Pre and Pixi have yet to grab market share away from the iPhone, BlackBerry, and Android handsets.

Palm had previously expected revenues between $1.6 billion and $1.8 billion but it now expects third-quarter revenues to be between $285 million to $310 million. I don’t care how much money Bono has, that’s a massive setback for the company and it is a major stumbling block for Palm’s comeback attempts. It’s not a huge surprise because the stock was recently downgraded due to poor sales.

In a prepared statement, Palm CEO Jon Rubinstein said, “driving broad consumer adoption of Palm products is taking longer than we anticipated. Our carrier partners remain committed, and we are working closely with them to increase awareness and drive sales of our differentiated Palm products.”

I’m a huge fan of webOS and think it’s some of the most intuitive stuff we’ve seen since the original iPhone but I don’t know if Palm has the juice to be a significant player nowadays. With Apple, Microsoft, Google, Nokia, and Research In Motion, the smartphone game is quickly becoming a battle of the giants and Palm just doesn’t have the resources to compete. We should see a Pre on AT&T soon and I’d be shocked if we didn’t see a new, high-powered webOS smartphone within three months. I’m still hoping someone like Nokia snaps up Palm and throws its weight behind webOS.

Are you tired of having to remember what your friends look like? Well, The Astonishing Tribe's Recognizr app will enable...