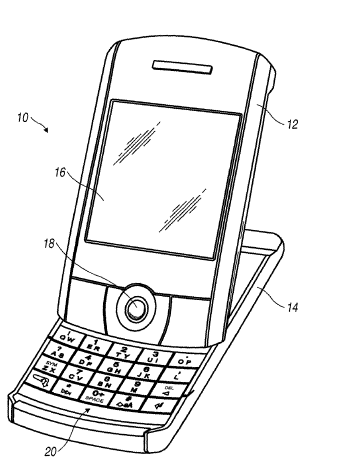 Some information on a BlackBerry handset that has been corroborated by analysts, patents, rumours, and my own fanboyish desires is going through the rumour mill. Supposedly featuring a portrait-oriented slide-out keyboard, this BlackBerry will pack OS 6.0, Wi-Fi n, maintains the old 360 x 480 screen resolution, and run on GSM networks. Take it all with a grain of salt – it’s all rumours until we see some proper docs or pics to back it up.

It’s hard to say where the Dakota/Magnum QWERTY/SurePress candybar prototype fits into the timeline at this point; maybe it was scrapped in favour of this slider model, maybe they’re both still on track. Besides, there’s still rumours that a Storm-style slider is on the way, only with a landscape keyboard. It’s really all up in the air right now.

Specific details on a BlackBerry have to date eluded us. How (or if) SurePress fits into this model has the potential to make or break the device – RIM’s clicking touchscreen has a habit of polarizing customers into love-it and hate-it camps, but perhaps with device that deviates so drastically from their usual form factor anyway, they won’t mind living on the adventurous side with the slider. I’ll be honest – when I saw the Palm Pre for the first time, I thought it was what a BlackBerry slider should have looked like, and would still love to see RIM offer a product in a similar package.

What do you guys think? Would a slider BlackBerry fly? The Pearl Flip was a similar departure for RIM and didn’t do so hot, but maybe a slimmer, sexier slider would strike a chord with consumers.