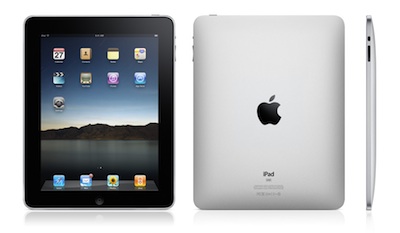 We’re not usually big on rumours here at IntoMobile, but since this one is about the latest Apple uber-gizmo, and it was related to the UK, I figured it was too good to pass up! Of course we are talking about the iPad, the Apple device that looks like a iPhone that lost a battle with a steamroller! Whatever you might think about the device, it’s certainly hyped beyond belief, and a LOT of people want to get their hands on one. Well now, according to one online source, we might have some pricing for them!

Geeky Gadgets is quoting prices for various versions of the Apple iPad, based on a tip it received. Apparently the 16GB model will be £389, the 32GB model will be £439, and the 64GB model will be £489. I’ve not looked in to the US prices for the iPad in detail, but apparently when you consider the total cost of a device in the US, these prices aren’t actually all that far out.

I should make it clear at this point that we are talking about the WiFi iPad, not the micro-sim-packing 3G variant – but perhaps that info will follow in due course.

So there you go – what do you think of the prices? Reasonable? Bargain? Expensive? Pop us a comment and let us know 🙂

Cheaper iPhone with new controls may come this summer

Apple will be bringing out lower-cost iPhones this June with new, gesture-based controls, according to Morgan Stanley analyst Katy Huberty....