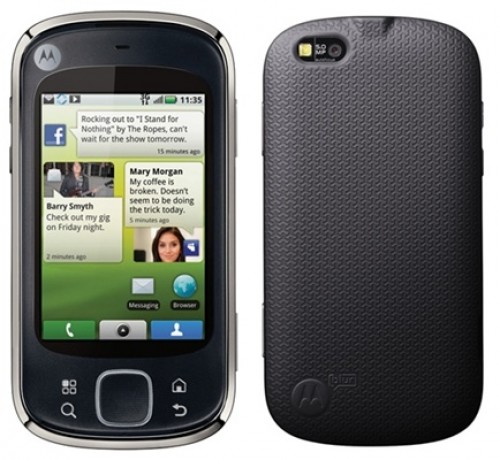 It wasn’t too long ago that we first laid eyes (and hands) on T-Mobile Motorola CLIQ XT. The CLIQ XT (Quench, for all you non-Americans out there) was unveiled at Mobile World Congress last month in Barcelona, and the keyboard-less CLIQ makes for quite a slick successor. The refresh of Motorola’s original MotoBlur drops some weight and adds some nice features, but is it enough to jump from a previous phone, or even carrier for?

The CLIQ XT is Motorola’s first MotoBlur device not sporting a keyboard. Sure, we’ve seen the Motoroi, and all its extensive features, but the XT  may be in the hands of consumers sooner than its cousin that has a problem with steroids. In reality, there is little to be said about the device, as it is just another MotoBlur device, but it should appeal to people who may like the original, but don’t want the extra weight of the keyboard.

Where it may not stray too far from the original, there are some additions that are very welcomed with the refreshed CLIQ. Like the Devour, the CLIQ XT comes with flash lite built-in to it, but don’t expect Flash 10.1 to grace it with its presence. Ever. The device also has a spacious, touch sensitive trackpad for navigation that looks like it works quite well from the hands-on video, and a LED flash that has been added to the 5MP camera. Motorola was even nice enough to add in the pinch and zoom functionality to the handset as well.

The most notable feature, however, seems to be that the sides of the device are touch sensitive. This opens up another way to navigate through the phone without using the screen. It’s reported that this feature will allow users to scroll through applications, and other touch reliant tasks without the use of the trackpad on the front, or touching the screen at all. It’s also said that the sides are touch sensitive only a third way up the device, to avoid accidental scrolling, etc. Interesting indeed, and a seemingly better twist than what the BackFlop BackFlip will be offering users. Whether these extra features are big enough for someone to switch from the original seems unlikely, but who knows?

The CLIQ XT is just one of the many devices coming down the pipeline from Motorola, and while their devices are becoming more powerful, it’ll take something like the Motoroi to even fathom giving up my Nexus One.

There's no doubt that Apple has enjoyed the iPhone AppStore's meteoric rise as the world's single largest mobile applications store,...