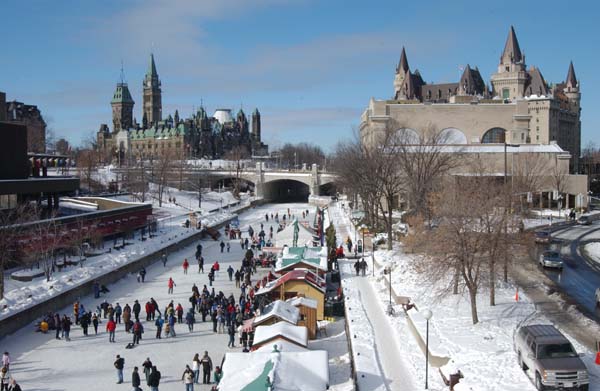 Canada’s newest carrier, WIND Mobile, has extended their reach to the nation’s capital, Ottawa – the home town of yours truly. Coverage extends as far north as Buckingham, Orleans in the east, and Kanata in the west. It’s conspicuous that WIND doesn’t mention anything about the southern limit, but taking a look at the WIND coverage map,  it looks like Hunt Club and the airport will be covered.

If you hadn’t had a chance to check out WIND, they’re aiming to revolutionize Canadian wireless by offering truly unlimited plans, no contracts, no termination fees, and above all, an attitude of conversation and compromise. The one caveat is that, as a young network, WIND is focusing only on metropolitan areas for the time being, which means if you leave Ottawa, Edmonton, Calgary, or Toronto, you’ll be paying roaming fees for using the Rogers, TELUS, or Bell networks.

Although the Ottawa network launch is generally good news, there still aren’t any stores quite ready to open just yet, although if their hiring spree is any indication, things should be ready to go sooner than later. For existing WIND customers, the launch means you can visit Ottawa and still get all of your usual rates for being within a the Home Zone.  For those still running with any of the other three incumbent Canadian service providers, you might be happy to hear WIND is offering $150 towards your ETF if you’re willing to switch. Man, WIND Mobile is way less of a jerk than that other kind of wind. Considering how quickly the Ottawa launch has arrived after Edmonton, I think we can expect other major Canadian cities to get some coverage lovin’ in short order.

Personally, I can’t wait to get my hands on a WIND SIM and try out their network on the BlackBerry Bold 9700 or Nokia N900.

Now how's this for sweetening the pot? Canada's newest carrier, WIND Mobile is offering new customers a cool $150 for...