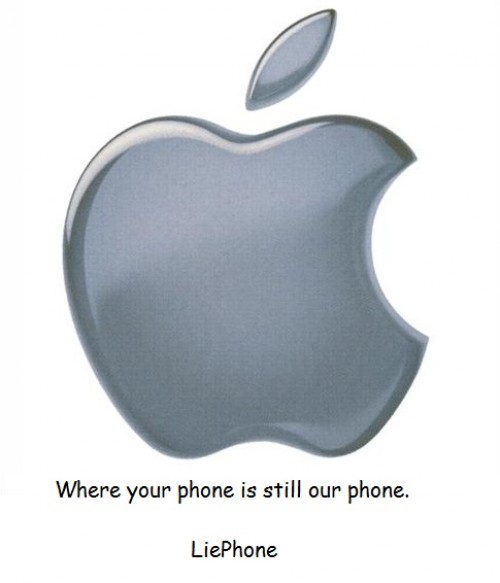 Apple has a way of — let me put this in a nice way — really pissing people off with what gets approved in their App Store, and what does not. From rejecting Google Voice, and then accepting a Spanish version of Mein Kampf, you’ve really got to wonder if they are reviewing these applications at all. Or they just enjoy rejecting applications.

The newest story in the soap opera of Apple is an application that let’s your phone quack like a duck. Simple enough right? Well, the application that Nick Bonatsakis of Atlantia Software submitted to the App Store didn’t seem to tickle the reviewers over at Apple the way it did him. The application was rejected due to ‘Minimal User Functionality.” Irritating at least, and infuriating at most, why does Apple have to be so insanely strict on the application approval process?

We’ve reviewed your application DuckPhone and we have determined that this application contains minimal user functionality and will not be appropriate for the App Store.

If you would like to share it with friends and family, we recommend you review the Ad Hoc method on the Distribution tab of the iPhone Developer Portal for details on distributing this application among a small group of people of your choosing or if you believe that you can add additional user functionality to DuckPhone we encourage you to do so and resubmit it for review.

Talk about hard-asses. In an application store brimming with fart, and flashlight apps, a seemingly harmless application gets denied for a lack of functionality. How about letting a user listen to Pandora, and write an email instead of limiting them to Apple-only features?  How about allowing a user to download the rejected applications elsewhere, outside of your application store without jailbreaking it? Which, yes, yes I know it’s ‘illegal’, Apple would probably sue you if they could for jailbreaking. And if it weren’t for all that pesky effort, they would. Over a year ago, even before the 3.0 update, the ability to copy and paste, receive picture messages, and record video were all there, if you jailbroke your device. Apple seems to think you’re an idiot, that you don’t know what you want, and that you want what they want you to want. I think when Apple stops purposely withholding functionality from their products that then they can decide on what is ‘too minimal’ of functionality.

The rejected developer later wrote a letter saying, “This is a line I had hoped would not be crossed, but sadly it has been. I’m not sending this email because the world will be deprived if they can’t experience this application, but rather, in hopes that some or all of you will publish this story so that the public at large continues to hear about the ridiculous behavior of Apple in matters such as these. As time goes on, this platform is becoming more of a burden on developers, this will in turn lead to talented people moving on to more open platforms. In the end, the customer loses, and I sincerely hope Apple will realize this.”

Unfortunately, this will probably not stop anytime soon. People will still be vying for Apple’s acceptance, and Apple will still have the same stance. It just seems absurd that when the App Store is supposedly taking a stance on ‘explicit’ applications and something like DuckPhone gets rejected and something insanely trashy like App Smear gets accepted. While App Smear may be funny, it serves absolutely no more functionality than DuckPhone does. It’s just another ‘look at me, (i have herpes, in this instance)’ application.

At the end of the day, Apple is that significant other so stubborn and unwilling to change that eventually, and reluctantly, you’ll probably let go of. If you’re smart enough. This story of Nick Bonatsakis is not the first, and certainly not the last. I do have a suggestion for him though. For that ‘additional user functionality’ that the iPhone App Review Team is yearning for, name your application to DuckFart, make it a traditional flashlight application that farts and quacks upon movement of the device. Just a thought.

Now, with all that said, I actually apologize to the iPhone. It’s an incredible device, and I can in no way deny its success. However, when the great strides that the dev community has accomplished with jailbroken devices, they have shown that the iPhone can flourish with amazing features that have been withheld, without compromising the life of the device. I truly hope that Apple will one day reconsider their options, and open up their OS, so that the developer community can  take it farther than it already is, and show the people what the iPhone is really capable of.

It looks like Android and RIM have really been clawing their way up in they smartphone market food chain. Both...