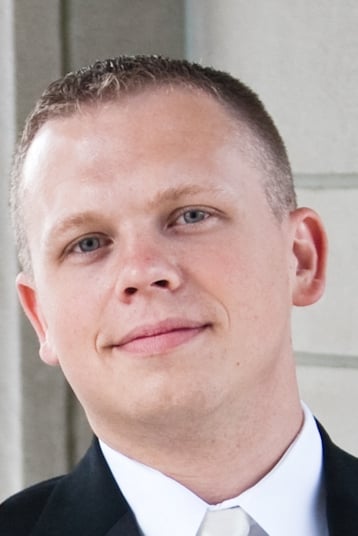 With all the hype over Apple’s iPad announcement now behind us, Apple-eyes have now turned their attention to what might be on the docket for the anticipated release of iPhone 4G. We’ve torn down and rebuilt thousands of iPhones over the last few years and talked with scores of customers about how they’re using it and what’s important—and not important—to them. Based on Apple’s past patterns of gadget refreshes plus the design and hardware unveiled in the iPad, here are our predictions for what we can expect from the iPhone 4G, which is likely to drop sometime early this summer.

Redesigned aluminum unibody styling
Starting with its iPods, Apple has settled into a fairly predictable pattern of releasing a physical redesign one year and hardware performance upgrade the next. The venerable iPhone 3G embodied the total design overhaul (while keeping hardware performance nearly unchanged.)  A year later, the 3Gs came as an identical twin, but with a surge in performance due to a faster CPU, graphics processor and upgrades to even the minor chips.

Since third-party iPhone apps and users are just starting to really take advantage of the new power from the 3Gs, it’s unlikely Apple is ready splinter it’s market again by upgrading performance in the 4th generation iPhone (aka iPhone 4G.)   The 4G’s new cutting edge energy sipping chips will instead be used to make a slimmer and sleeker exterior design of the Mac unibody styling, similar to the iPad with a single piece of aluminum casing with single glass front panel.

Chip change
Apple will likely integrate its new A4 chip into the iPhone 4G, albeit a clocked-down version to meet performance demands without unnecessarily sapping battery power. The 1Ghz A4 for iPad will likely be underclocked to around 600Mhz—ample horsepower for a device that doesn’t support multitasking. Besides, from a marketing perspective, Apple must leave a market segment for the iPad to have a unique purpose. To launch an iPhone with nearly identical hardware capabilities would undermine the company’s own market leadership and complicate the app store with three tiers of iPhone/iTouch app performance.

OLED screen
As much as they might have liked to put an OLED on board the iPad, the technology and manufacturing was at least six months away in displays of 7 inches or more. For the iPhone 4G, however, an OLED screen makes perfect sense. OLED screens up to 5” have been popping up in most of the latest class of new gadgets since late 2009.  While the current class of OLEDs can be hard to view in direct sunlight, Samsung has announced the first production runs of its new Super AM-OLED screens that are 25% brighter and may finally be a solid option for daylight use. Samsung has been a major supplier for Apple’s mobile devices in recent years and may be keen to preserve that revenue stream and showcase their lead in OLED screen tech with Apple as the first OEM customer with its new screen.

Improved secondary/tertiary app performance
The iPhone’s 4 or 5 headline functions (docked apps) likely won’t change much on a 4G version, but we are likely to see some changes to the secondary apps (the ones that come with every phone, but aren’t docked.)

A revamped developer’s kit
Apple’s been wise about cultivating the app industry it’s created, so last year Apple was careful not to alienate older iPhone users when they unveiled apps with superior performance on a 3Gs.  This cautious step forward left many developers content to code for the lowest common denominator (iPhone 2G) for an easier. The iPhone 4G launch will likely bring with it a focus on tweaking the developer’s kit and store so that app developers are empowered and encouraged to leverage the 3Gs and 4G capabilities for more powerful, engaging, and useful apps.    This year Apple will be keen to retain its leadership position by putting the focus on apps that require a 3Gs or better for full function.

Not going to happen
No discussion of predicted iPhone 4G features would be complete without the one it likely will not have: a front-facing web cam. Yep, you read that right: despite lots of rumors that video chat is coming, it just doesn’t seem plausible—yet. The fact is that North American networks simply are nowhere near capable of handling the demand. AT&T already takes considerable heat for its lack of capacity to handle iPhone traffic. When it debuts, video chat will be a headline feature for the iPhone, but Apple won’t do that if, “it just works… sometimes.”

There is, however, much greater demand and capacity for video chat in the European and Asian markets to the extent that phones without it may be seen as old tech. This begs the question: could an international version of the iPhone be on the horizon?

Editor’s note: We’ll know more about the iPhone 4G – or whatever Apple decides to call their next-generation iPhone – in the coming months. Stay tuned!

About the Author
Aaron Vronko is the founder and service manager at Rapid Repair, the most well-known and reputable national online repair service for digital electronics, including the iPhone, iPod and more. The company dissects more than 500 devices every week at its repair shop in Kalamazoo, Michigan. For more information, visit www.rapidrepair.com.