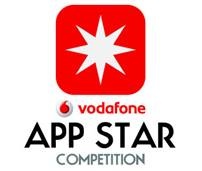 There’s just over a month to go before the Vodafone App Star competition closes – and the race is on across the European developer community to design and build the best mobile app and win a share of the €1m prize fund. So particularly if you are a developer, read on!

The Vodafone App Star competition is open to any developer across the world and closes on 31st March 2010.  Developers can choose to submit their app into one of eight markets (UK, Germany, Greece, Ireland, Italy, Netherlands, Portugal or Spain) and the best entry in each market will receive €25,000. The second and third best entries will receive €15,000 and €10,000. The winning entries from each market will then progress to a second round of the competition, where the top eight apps will be put to the public vote.  The app with the highest number of public votes will win an additional €75,000, with the second place app receiving €25,000.

Vodafone’s internal research has found that Lifestyle & Entertainment is the most popular application category in the Vodafone 360 Apps Shop across all markets, while the most under represented categories are Shopping, Social Networks, Food & Drink and Weather – perhaps that can give you some suggestion as to where to target your App 🙂

Previously I had reported that the Nokia X6 was available on 3UK - well guess what, now it's available to...