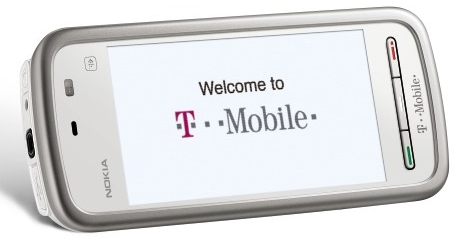 The Nokia 5230, which was announced over 6 months ago, has finally made it across the Atlantic ocean via a steam boat operated by an alcoholic one legged sailor. The only thing new in the American version of the device is preloaded Ovi Maps, and support for T-Mobile’s wacky 1700 MHz 3G band. The guy who wrote the product page for the Nokia Nuron listed the wrong 3G bands; tisk tisk. Anyway, we’ve seen everything else already, way back in August 2009:

If you’ve got thick skin when it comes to marketing jargon, then read the press release, which also fails to mention the price of the device. Congratulations America, you now get to experience the same S60 5th Edition software that made Europe and Asia vomit a little in their mouths!

Update: Nokia’s very own Joe Gallo has confirmed the price of the Nuron via Twitter: $70 with a 2 year contract. That’s quite a terrible deal considering you can get an iPhone 3G on AT&T for $99 on a 2 year contract. If T-Mobile was smart they’d give it away, but hey, you’re looking at a company who decided to roll out 3G on a frequency that no one ever used before. Not the brightest bunch of folks.

Verizon on track with LTE rollout

Get ready for 4G folks, as Verizon said it is on schedule to roll out its next-generation mobile broadband network...