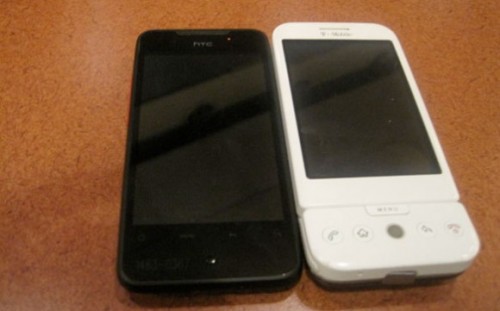 First there were the  photos, and then a video of the HTC Incredible. Now, ladies and gentlemen, we have a few more pictures. The device seems to be right around the corner, but are you already saving up for a Nexus One?

Wrapped in black and red, this device is bound for Verizon at some point. The initial rumored launch of the Incredible was slated for March 23rd, but now we might see hardware landing sometime in May. It’ll be sporting the same AMOLED screen found in the Nexus One, and Desire. Because of this, Verizon may have delayed its release to May after noticing the problems surrounding the Nexus One’s multi-touch capabilities.

For a refresher on some of the Incredible’s specs, just think of it as a HTC Desire, only a CDMA version with less RAM. This would include a (3.5-3.7”) AMOLED display, Snapdragon processor, and a 5 megapixel camera. The devices are virtually identical – only AT&T is rumored to pick up the Desire, so it will be a GSM device.

Although the Nexus One will be hitting Verizon in a CDMA flavor in the near future, the Incredible has a few tricks up its sleeve to eclipse it. It will be available to try before you buy, a step up from the Nexus One’s ‘buy first and see if you like it’ approach. Also, this bad-boy uses a dual-LED flash, where the Nexus One just uses a single LED flash. But the biggest difference between the devices (other than form factor)  is that the Incredible will have HTC’s custom Sense UI on board, besting the look and feel of the Nexus One. With that said, the Nexus One does have a working, very functional Sense UI ROM out for those who have root.

The HTC Incredible will literally decimate the Motorola Droid, unless you want a bad keyboard. The Droid Eris—even with your new, updated Sense UI around the corner, you’re still on the B-team nowadays with Android devices. The new HTC device should deliver rather well, lets just hope sooner rather than later. 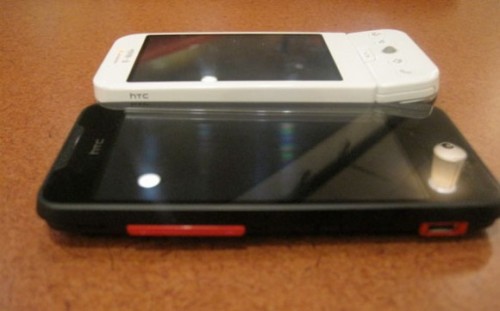 Yelp for Android and iPhone Updated with Draft Reviews and Bookmarks

Yelp's business review application for Android and iPhone have both been updated with a couple of new features: Android is...