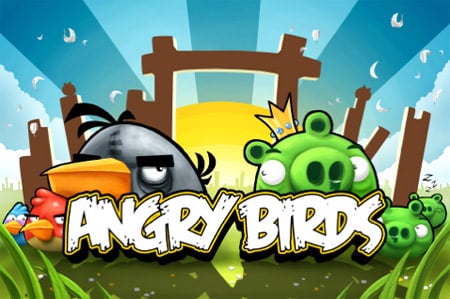 No wonder Daniel is super excited about Angry Birds. I’ve just checked it out to see what’s so special about it when it succeeded to reach half a million paid downloads in less than a month! And I love it – it’s super addictive, at least for those who liked the Crazy Penguin Catapult game. We’re talking about a very similar game which is even funnier.

The game is released under Chillingo’s Clickgamer brand and developed by Rovio Mobile, which is super satisfied (who wouldn’t) with the game publisher’s marketing — Angry Birds has garnered numerous awards and been publicized by celebrities such as DJ Chris Moyles and Olympic medalist Anja Pärson.

The next stop for Chillingo is to challenge Pocket God and Flight Control, both of which have been downloaded for more than 2 million times. Considering the fact that Angry Birds reached 500,000 downloads within 25 days (or so), it may end up as a serious contender for the top spot in the AppStore… And before I let you go, we have a demo video to share. As usual, it follows after the jump. Enjoy!