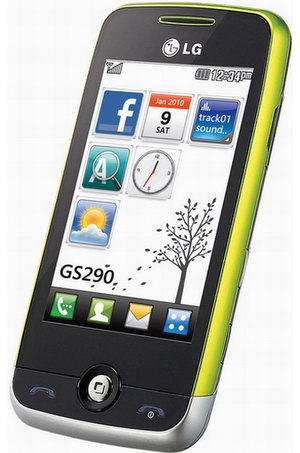 LG Cookie Fresh GS290 has been officially announced. Previously, we’ve seen the all-touchscreen device at this year’s CeBIT and now LG decided to pull the plug and say to the whole world: “Look, we have another Cookie phone!”

The Korean company obviously has high hopes for its whole Cookie range, which includes the original Cookie phone and Cookie Plus. LG managed to move 10 million Cookies in a little over a year, and I’ve no doubts they’re working their asses off to repeat the success.

The company will start selling the GS290 later this month in various color versions. The plan is to make the phone available in more than 50 countries by the end of the year. Pricing was not unveiled, though.