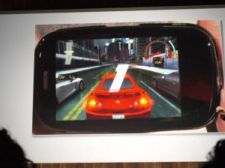 Just one day after Google beefed up Android with an eye on gaming, Palm introduced tools that could bring 3D graphics and improved performance to webOS applications.

The company previewed its Plug-in Development Kit at CES earlier this year, and it finally made a beta version available to developers over the weekend. The PDK lets content creators use C and C++ programming to create webOS apps, which could potentially make it easier to port iPhone apps over (although many iPhone apps use Cocoa Touch). It will also give developers access to OpenGL ES 1.1 or 2.0, which enables 3D graphics and potentially higher performance. The games and apps using the PDK won’t work on the Pre until a future webOS update, which should come in the next few months.

“We have both the developer tools and the hardware necessary for a world-class gaming experience, and an impressive portfolio of WebOS game titles from top-notch developers to show for it,” said Katie Mitic, senior vice president of Palm’s product marketing, in a statement.

This is good news for webOS fans because the App Catalog is still lacking the number of quality apps that can be found in the App Store, Android Market, or even the BlackBerry App World. The mobile gaming market is expected to grow rapidly over the next few years and things like 3D gaming will soon become table stakes in the smartphone world. Palm will be at the Game Developer’s Conference this week showing off games like Assassin’s Creed, Guitar Hero 5 Mobile, Real Soccer 2010 and Real Tennis. I’ll check these out and give a full report when the show floor opens tomorrow.

It’s a good platform move but I don’t know if it is enough to draw multiple developers to Palm. While webOS was well-received by the press, the general public hasn’t bought it and the company is struggling financially. This may scare off developers because the iPhone and Android are far more attractive targets at this point.

The big buzz on the Canadian mobile scene these last few weeks has been Motorola. News hit us hard that...