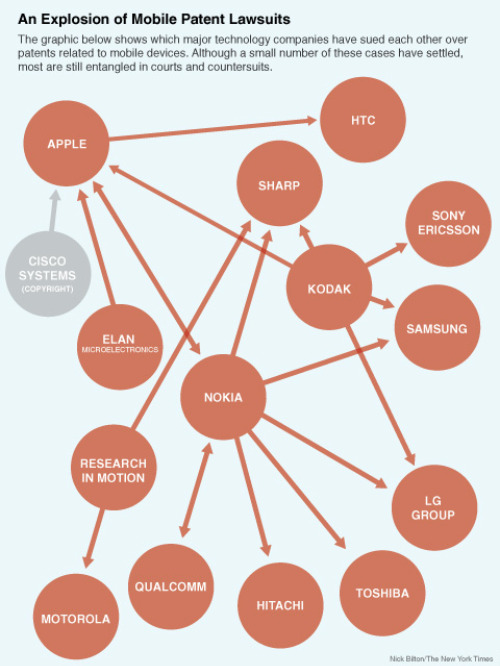 We can add another patent lawsuit to the pile because Apple, AT&T, LG Electronics, Motorola, Research In Motion, Samsung, Sanyo have been been sued for infringing on patents from Smartphone Technologies.

Apple is being accused of infringing on six patents that cover Bluetooth, mobile e-mail syncing, bandwidth and power conservation, single-step setup, and personal computers “providing telephone capabilities.” The others were accused of violating a single patent. I can’t say I have much insight to the merit of this lawsuit, but I think it’s safe to say we can expect more of these in the future. The smartphone space is the next, great frontier and patents become a valuable tool for the companies that have them.

The news comes a week after Apple hit HTC with a massive patent lawsuit with an eye on Android. But as you can see from the chart above, Apple is also the target of multiple patent lawsuits and it is currently fighting off 47 cases. Check the via link below for a more extensive breakdown of the patents in question.