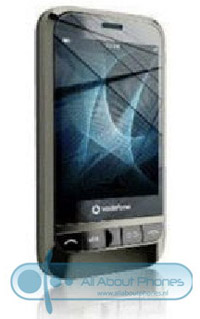 Vodafone is reportedly working on a low-end Android smartphone called Vodafone 845 (though the name could change in due course). Details are scarce at the moment, but we’re hearing the upcoming device will run Android 2.1 and come with such features as HSDPA and WiFi connectivity, GPS, 2.8-inch QVGA touchscreen display, 3.2-megapixel camera, 512 MB of internal memory and a 1200 mAh battery. Moreover, it will be compatible with Vodafone 360 suite of services.

The price is rumored to be around 150 EUR and launch date is apparently set for May.

To put the story in perspective – Vodafone has ambitious plans for every platform and every market segment. The company is rumored to be one of the first carriers that will offer Microsoft’s forthcoming smartphone(s), while at the same time has showcased a $15 and $20 phones for the emerging markets at the Mobile World Congress in Barcelona. All I can say is – kudos for managing all that mess Vodafone! 😉

Verizon: iPad is an opportunity for us!

As you may know, the 3G-enabled version of the Apple iPad will be exclusive to AT&T. That, however, won't stop...