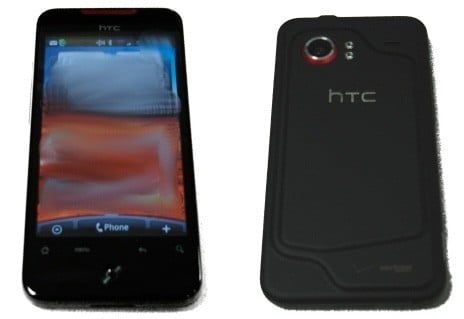 Are you sick of hearing about this thing yet? The HTC Incredible is still getting some more pre-release photo shoot love, and while the increased leaks of the device are a hint that the release should soon be near, I’m ready to see the thing on sale. More photos of the device have leaked, and while the screen is blurred out, these may be the best to date. Along with the pictures, some specifications have been revealed.

The Incredible has gone through a color change. Instead of the ‘in-your-face’ red color we are used to seeing, its been replaced with a black, soft-touch backing. Worry not though, when the back of the device is taken off, everything behind it, including the battery, is bright red. I’m glad they went with the black back, this makes it easier to look at, for me at least.

Along with the color change, more specs were revealed as well. This baby’s got a 3.7-inch AMOLED display, which was initially assumed, but we were hoping it would be something Supersonic size. The Snapdragon processor has been underclocked to 768Mhz instead of the 1Ghz it is capable of. The underclocking of the device shouldn’t slow it down too much, it’s still a decent speed for a smartphone today, with only a handful of devices actually running at 1Ghz speeds.

Available memory to the user is 320 Mbs, with more becoming available later on with an OS update. The Incredible bests the Nexus One by offering an 8 gig micro SD card opposed to a 4 gig SD card, which is assumed to be expandable to 32 gigs. Measuring at 117.5 x 58.5 x 11.9mm, we’ve got quite a slim beast of a device on our hands.  More surprisingly, the Incredible is supposed to have an 8 megapixel camera, with a dual-LED flash, and of course, auto-focus. The only other Android device that sports a camera with that megapixel count is the X10.

The Incredible’s specs are surely impressive, and with HTC’s Sense user interface running atop of it, this will definitely make the Droid Eris run for the hills. Pricing and availability are unknown at this point, but the guys over at Android Forums are saying to look for this around April or May. 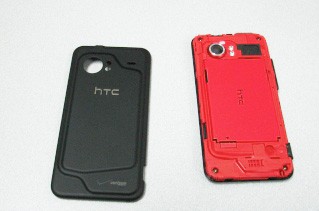 Google is trying to help mobile users shop by letting searchers know if products are in stock at local stores....