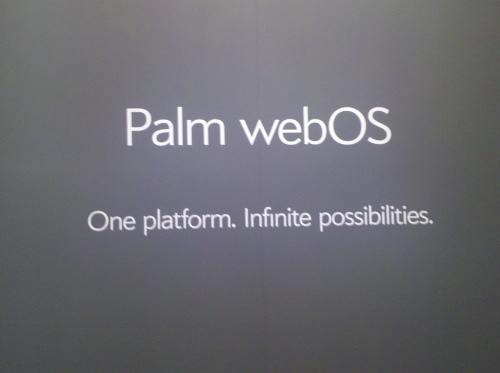 We were at the Game Developer’s Conference this week in San Francisco and we got some good hands-on time with the latest games for webOS.

The platform was originally launched with a relatively simple software development kit: it was based around Internet standards like HTML and CSS in order to target the millions of web developers. But Palm found that some developers wanted more access to the hardware in order to create more powerful programs, and it introduced a Plug-in Development Kit that lets content creators use C and C++, as well as OpenGL ES 1.1 or 2.0 support. This means programs can utilize complex (for phones at least) 3D graphics without losing much in battery life or performance. The PDK is already available to developers and a software update later this year will allow Pre users to take advantage of these next-generation apps. Palm also told me apps using the PDK would also be compatible with the Pixi (and future webOS hardware), as soon as they work out a few kinks

Games are the first thing that jumps to mind in terms of use cases, and Palm was showing off a variety of titles at the gaming conference. I spent some time with the Assassin’s Creed, Real Tennis, Need for Speed and a football game. The graphics looked pretty good (a little better than the original PlayStation) and the controls were as responsive as I expected. Of course, there are some intrinsic difficulties of mobile gaming and I felt those on the Pre. The screen size isn’t that big, so the graphics didn’t matter that much anyways. Playing the football game or Assassin’s Creed with an on-screen joystick was a pain in the ass. Check out the videos below and tell us what you think.

Verizon Nexus One to have Sense UI?

If you want HTC's Sense user interface on the Nexus One but don't want to play around with the ROM,...