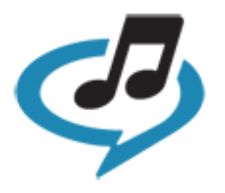 Rhapsody is preparing an update for its streaming iPhone application that will enable users to access their music even when there’s no data connectivity.

The previous versions enabled Rhapsody subscribers to stream their tunes on their device and it was somewhat of a surprise Apple let it on the platform because it does kind of duplicate existing functionality, and we all know what Apple thinks of that. But Rhapsody is going to take it up a notch with the latest version by allowing users to download tracks to the device and listen wherever they are. As a paying subscriber, you’ll be able to set up your play lists online and then download those songs to your handset.

“You want to hear your music everywhere, whether you’re on a plane, in the subway, with a mouse, in a house, in a box or with a fox,” Rhapsody wrote on its blog. “Well, you get the idea. No bars? No problem. Strong signal, weak signal or no signal – soon your Rhapsody music will be able to go anywhere your iPhone or iPod Touch goes.”

The move should also save a ton on battery life because playing tunes off your memory is better for power than streaming over 3G or WiFi. Offline access isn’t anything new because Slacker Radio lets you cache songs on BlackBerry and Android, but the million dollar question is if Apple will allow this in the App Store. Apple recently purchased LaLa and I wouldn’t be surprised to see some form of streaming iTunes with the next version of the iPhone software and Rhapsody’s app would compete on multiple fronts. But if Rhapsody retains the ability for users to purchases songs through iTunes I could see Apple letting this on the App Store. Who knows, maybe we’ll get lucky and really get third-party multitasking with iPhone 4.0 that will be compatible with Rhapsody’s updated service.