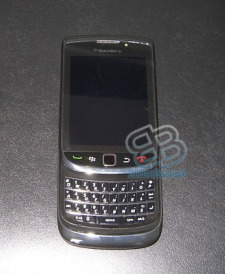 The loose-lipped supplier Woojeon & Handan said a new BlackBerry – code-named “T” – could be launched next month. Will this be the intriguing BlackBerry slider we’ve seen multiple times?

According to a translated version of the Korean news site joins.com, “The Canadian company RIM famous for BlackBerry smartphones is releasing a new model next month. Known as the “T,” The new model is an ambitious product aimed at competing against iPhone’s storm of success. Rim will present it (“T”) as its flagship model to compete in global markets such as the U.S. and Europe.”

As a Verizon dude who suffered through the original Storm for a year, I’d definitely wait on any new form factor RIM pumps out. Don’t get me wrong, the Storm became downright respectable with firmware updates, but it was a mess out of the gates. I’m hoping RIM will take its time with this baby because it could be an interesting take on the messaging beast.

WordPress for BlackBerry Updated With Geotagging, Gestures, and Comment Notifications

If Tumblr isn't your cup of tea, WordPress 1.1 for BlackBerry has been released, with a batch of spiffy new...