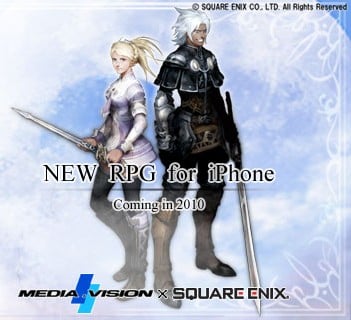 It’s been nearly a month since Square-Enix released Final Fantasy I & Final Fantasy II on the iPhone, but it seems like they’re already planning on releasing another RPG on the platform some time this year.  According to a job posting on Japanese developer Media.Vision’s website, the game is called Chaos Rings and will be a 3D title whose story revolves around five pairs of warriors from around the world who are fighting to the death for the chance at eternal youth.

Chaos Rings will be carried out across five scenarios that will become available as the player proceeds.  Each scenario will take players across several worlds, where at the center will be a final boss.  The combat system will also involve some risk depending on how players decide to take on their enemies.

It’s good to see Square-Enix isn’t going to stick to releasing updated versions of their older titles on the iPhone and is taking risks to offer new titles tailor-made for the iPhone platform.  As fun as Final Fantasy I & II are, I’ve played their stories way too many times in my lifetime. Hopefully Chaos Rings will have a good enough story and battle system to offer a deep, enriching experience for iPhone RPG fans.