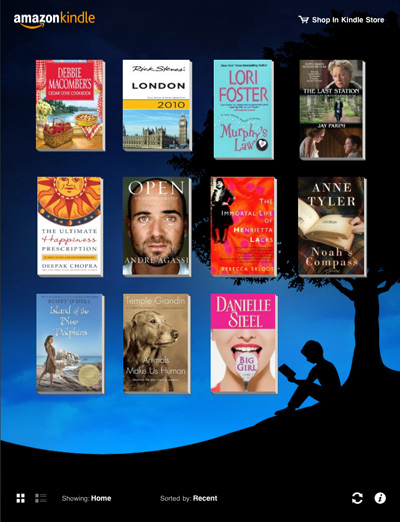 I read. That’s my preferred form entertainment. Television bores me, and while I do pirate movies shortly after watching their trailers, I rarely watch more than one or two a week. I’ve got a list of “movies to watch” longer than I’d care to admit.

Anyway, I’m pleased to say that Amazon is going to be brining their Kindle application to the iPad, along with Barnes & Noble, who will bring their library of digital books to Apple’s latest device via their own application. Both companies admitted that their apps will not be on the iPad from day 1 (April 3rd), instead they’d like to wait until they have an iPad in their hands to further refine what they’ve been working on.

While I’m still not sold on the iPad, it’s large and expensive, whereas my iPod Touch is cheap and portable, these two applications have me relooking at Apple’s attempt to convince people that they need a device that’s smaller than a laptop and larger than a mobile phone.

If The New York Times application is spot on, and if The Economist and Wired make applications worthy of praise, then I may seriously need to consider picking up an iPad.

And I really hate to admit that.

Get ready for CTIA

The CTIA Wireless tradeshow kicks off this week in Sin City and we're going to be busting our humps to...