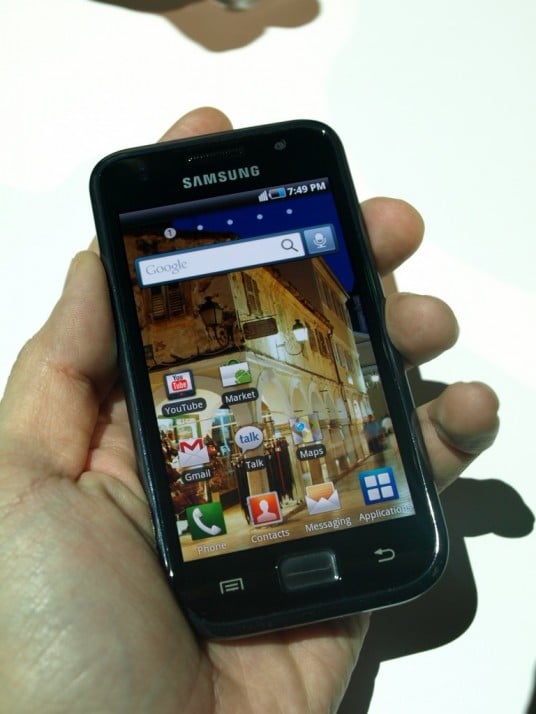 Samsung just unveiled their latest Android smartphone, and it’s a doozy. The Samsung Galaxy S is being promoted as the company’s highest-end Android phone, and with whiz-bang features like its 4-inch Super AMOLED capacitive touchscreen, 1Ghz processor, Android 2.1 OS, S Life UI, and the ability to stream videos to your DLNA-enabled TV, the Galaxy S has little to fear from competitors. We had a chance to get some brief playtime with this monster of a smartphone at CTIA 2010 Las Vegas, and we’ve got a quick video of the Galaxy S in action.

Notice the crisp and bright display. Even underneath some seriously bright flourescent lights, the Galaxy S’s Super AMOLED shined flawlessly. The technology that makes the AMOLED display a veritable eye-gasm also allows for a super thing display panel. That, in turn, allows the handset to come in at an impressively svelte 9.9mm thin! Combine that with all the smartphone trimmings (3G data, WiFi, GPS, microSD, 3.5 headphone jack) and a 5-megapixel camera, and the Galaxy S has the makings of one super phone.

We’ll have more on Samsung’s latest and greatest from CTIA. Stay tuned!