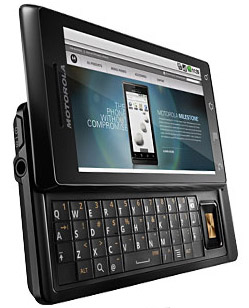 Motorola announced that it will start offering its flagship Android-powered Milestone smartphone in Spain exclusively through Orange. This is the second time we see the American handset maker issuing the “Milestone comes to Spain” press release. Previously, we saw them announcing the unlocked device for the Spanish market during the Mobile World Congress in Barcelona.

Exact launch date is unknown, but interested users can already pre-order the Milestone from this page on Orange’s website.

And since the Nexus One is still not available in the country, I’ve no doubts Motorola will be able to move quite a few Milestones in the meantime…

Nokia has made new firmware versions available for two of its ESeries devices - E55 and E52. While we don't...