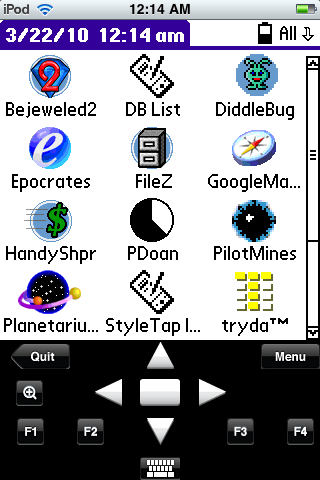 It was back in February of 2008 when we first wrote about StyleTap. At that moment, the Palm OS emulator for iPhone was still an experimental thing. Then, at the end of May of the same year, they said the application will be released soon — who knew that by “soon” they meant two years? 🙂

Anyway, StyleTap is out now for jailbroken iPhone users, allowing them to run Palm OS 5.2 (or earlier) apps, often faster than on the native Palm OS devices. Here are the highlights:

I’m sure hard core Palm OS fans just found a reason to jailbreak their iDevice, in case they already haven’t done so. The tiny problem is StyleTap’s price – it’s $49.95, which is kinda steep in today’s app economy. Then again, if you already have a library of Palm OS apps you love, this shouldn’t come as a problem. Plus you can try out StyleTap for free (14-day trial) and then push the button, only if you like it.