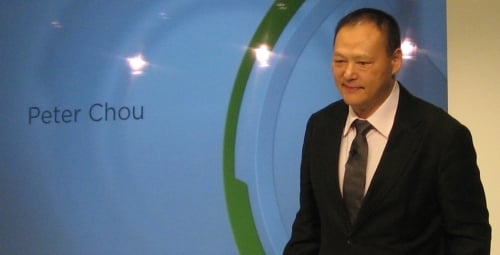 HTC CEO Peter Chou, in an interview with Elizabeth Woyke of Forbes during the ongoing CTIA conference, revealed a few tidbits worth mentioning:

There you have it folks, straight from the horse’s mouth. There were a lot of worries about HTC and Microsoft’s relationship since historically HTC has gone to great lengths to abstract Microsoft’s convoluted Windows Mobile 6.5 operating system with an overlay known as Sense UI. With Sense, consumers buying HTC devices have roughly the same experience, regardless of operating system, and it also helped to differentiate their hardware when compared to every other slate touch screen device on the market.

Since Microsoft essentially said “you have to use this chip, this screen, these features, and we control the UI”, people were wondering whether HTC was going to skip Windows Phone Series 7.

The answer is a resounding no.

Slacker is out with a Windows Mobile client, which is debuting pre-installed on the HTC HD2 from T-Mobile USA. In...