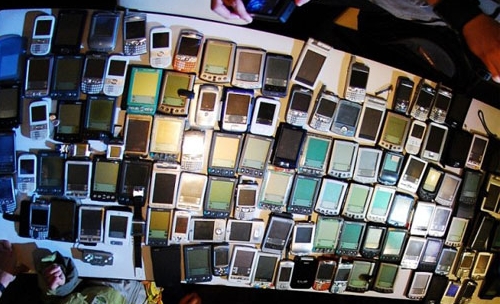 The future of Palm isn’t looking very good. Their stock price is hovering at around $4 giving it a market cap of a little over $672 million. They’re sitting on tons of excess inventory, and their hardware isn’t exactly known for its robustness. People are saying that the company will be acquired sooner rather than later, but not for the reasons you expect. Sure, webOS is awesome, and yes, Palm managed to pouch several people from Apple, but what Palm really has is a collection of patents that are worth more than their weight in gold.

Anthony Mazzarella, CEO of PatentVest, and owner of the quote above, says that when companies submit patents they must cite preexisting patents relating to the patent they’re looking to get approved. These citations indirectly reveal the value of a company’s patent portfolio. In the case of Palm’s patents, they’re most cited by Samsung, then Nokia, then Microsoft, RIM and finally Motorola. That gives you some clue as to what Anthony’s next hypothesis is: Samsung or Nokia will buy Palm.

Samsung doesn’t tend to buy other companies, and while Nokia is, do they really have (assuming a ~ 25% premium on stock price) $850 million to blow? Whether this happens or not, you’ve got to admit, the combination of Nokia’s knowledge in producing well built, gorgeous hardware, with Palm’s attention to detail in their mobile operating system, could make for a killer combination.

When a dog brings you your newspaper in the morning, you give him a biscuit for doing a good job....