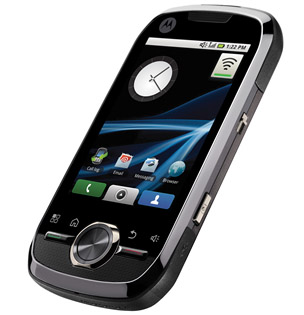 Sprint Nextel won’t be the only company to carry the Motorola i1 – SouthernLINC Wireless announced they are on board, too! The carrier said they’ll start selling Moto’s iDEN Android smartphone in the second quarter of the year.

We don’t have anything else to add, except SouthernLINC Wireless CEO Bob Dawson’s words, who said: “As we continue to expand our product portfolio, the upcoming launch of the Android-powered Motorola i1 marks a major milestone for SouthernLINC Wireless. We are excited to offer our customers a modern, touch screen phone that marries our premier Push To Talk two-way radio service with highly-desirable multimedia features and thousands of available applications and widgets for personal and business use.”

And they should be excited considering the fact they usually announce some low-end devices. The i1 is a true exception!

As you probably already know, the Motorola i1 is a rugged smartphone which solid dependability meets Military specifications for protection against dust, shock, vibration and blowing rain. Features include a 5-megapixel camera, Push To Talk, WiFi, Android OS, microSD expansion slot and so on.

Opera Software and Qualcomm announced that they will be pre-integrating the Opera Mobile 10 and Opera Mini 5 browsers with...