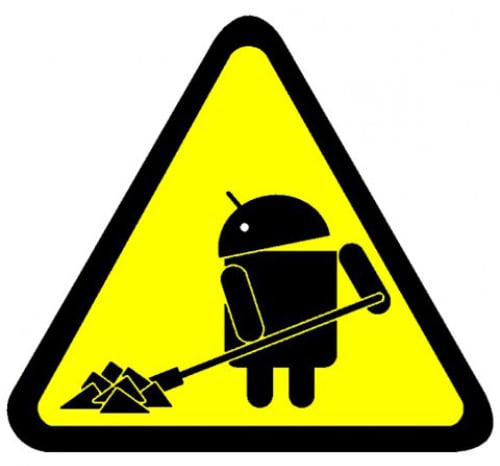 As hot as Android is now, there’s no doubt that fragmentation could become a major problem for developers and consumers. There are now four different versions of Android being sold on new phones, but Engadget is reporting that the next two iterations of Android will tackle fragmentation head on.

Sources said the company will decouple some services and applications from the core of the platform and make these available through the Android Market. We’ve already seen this with Google Maps – the latest version brought 2.1-features to any device rocking 1.6 and above. This is supposed to include other components like fancy speech-to-text input or a new browser, as you wouldn’t have to wait for your handset maker and carrier to get its act together to get the latest and greatest from your green robot. This is supposed to start happening with the next version, code-named Froyo, and it will continue on with the next update, known as Gingerbread.

How is this possible? Engadget said:

By the time we get to Froyo, the underlying platform — and the API that devs need to target — will be reaching legitimate maturity for the first time, which means we should have far fewer tasty treat-themed code names to worry about over the course of an average year. We like awesome new software as much as the next guy, but Google’s been moving so fast lately that they’ve created a near constant culture of obsolescence anxiety among the hardcore user base — and in turn, that leads to paralysis at the sales counter.

I also had some off-the-record conversations at CTIA 2010, and the network guys unsurprisingly pointed the finger at Google for some of the delays in upgrades. Representatives from two of the biggest carriers in the country both said Google isn’t working well with the carriers to get the latest version pushed out, and one carrier rep said the search giant may be too focused on the next iteration to truly care about the older devices. Of course, this could just be the carriers covering their asses by blaming Google, but, at the same time, it wouldn’t surprise me one bit to see Google just blaze ahead with Android without any concern for its partners. This is the same company that introduced its own phone after repeatedly saying it wouldn’t make hardware, and it also had no problem throwing the wart-filled Google Buzz on the world, and that had nothing to do with any non-Google company.

No Flash on the iPad? Brighcove says it's no problem because it is bringing out a technology that will enable...