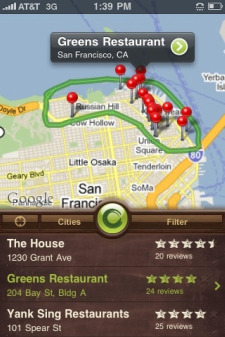 Yahoo is not going to win the desktop search battle against Google, but the company may have a fighting chance in the mobile space. In an interview with Mobile Marketer, a senior executive outlined the company’s mobile ambitions, as well as the role Microsoft will play in its search plays.

Calling 2009 a “breakout year,” Yahoo said it made a lot of money last year but it still hasn’t “cracked the code on the right mobile ad units.” The company sees cross-platform as the way to go, and this includes going from the desktop to the mobile. For example, the company can sell ad inventory to Subway, Toyota and others for its desktop and mobile versions of its Olympics site and fantasy sports sites.

As for the Microsoft deal, Yahoo said this will merely handle the back-end search capabilities.

“Now that we don’t have to worry about core plumbing, we can focus on delivering fun, engaging, useful user experiences,” said David Katz, VP of North America at Yahoo Mobile. “These new apps are examples of the differentiation we think we will be able to deliver consistently.”

The company is also going to target local search because it believes it can leverage the intimacy of a user’s location to deliver better results. All the major players are doing this, but Yahoo is showing some innovation with things like Sketch-A-Search.

“Mobile search results should be actual stuff that you care about blocks away from you,” said David Katz, VP of North America at Yahoo Mobile. “There are a lot of opportunities to use location – it can be when you’re near a certain point, and there’s also a lot of opportunity pairing location with a time of day.”

We had a chance to play with the sketch app for the iPhone and iPod Touch and it works pretty well. Check out the video below and don’t hesitate to tell us what you think.

Everyone apparently wants an Apple iPad. But, if you're still eying one of Apple's tablets, you may be stuck waiting...