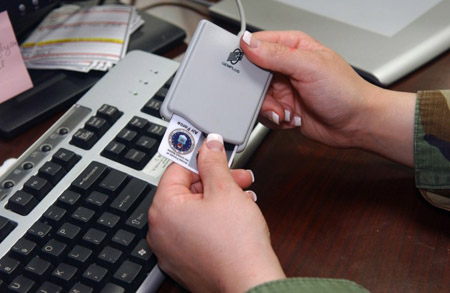 U.S. Air Force is joining governments of Belgium and France to crack down on BlackBerry usage. However, unlike the two governments, the Air Force won’t completely ban its employees to use their favorite messaging devices. They are going for a more subtle approach, disabling only some of the functions with a special firmware upgrade.

After a BlackBerry device has been upgraded, Bluetooth will almost completely be disabled, allowing users only to connect their Common Access Card reader to the device. Mentioned Common Access Card is a Department of Defense smart ID that is used for computer and network security.

In addition, the “updated” BlackBerrys won’t be able to handle emails with attached photos or video clips. Moreover, there are no more third party apps after the new firmware has been installed, leaving us wondering why on Earth they don’t order some QWERTY keyboard-equipped, push email-enabled feature phones, instead. If a BlackBerry can’t handle email attachments and can’t install third party apps, it stops being a smartphone. Buying some cheaper devices would solve the problem.

Anyway, I can understand U.S. Air Force’s efforts to make their communications more secure, but as I said, crippling BlackBerry’s functionality this way doesn’t make much sense. On the other hand, there could be some other reasons (i.e. Air Force may really dig RIM’s server technology) for this move. Any thoughts?